Why You Should Keep Chocolate Away From Your Dog This Halloween

With Halloween around the corner, you’re either the person who stocked up on chocolate early and has already eaten the entire bag or you’re contemplating how to tell your children the dog ate their chocolate while you stash it somewhere for yourself.

Now, let’s rewind to the part about the dog eating the chocolate. You might want to rethink that one because if one thing is for certain it’s that you DON’T want your dog enjoying any chocolate treats this holiday.

That’s because chocolate is toxic to dogs, and this is why.

Why is Chocolate Toxic for Dogs?

Chocolate is toxic for dogs depending on a few different factors, such as the type of chocolate ingested, how much is eaten, and the size of the dog.

It contains theobromine and caffeine, which are easily metabolized by humans, but dogs process it slowly, allowing these compounds to gradually build up and create a negative physical reaction.

What Types of Chocolate Are Toxic?

As mentioned, the type of chocolate is a factor in the amount of toxicity experienced. Baker’s chocolate and cocoa are the most dangerous, followed by dark, milk, and white chocolate.

Chocolate Toxicity According to Dog Size

For medium to large-sized dogs, a small amount of chocolate won’t have a huge effect. There might be some vomiting and diarrhea associated with an upset stomach.

However, if a small dog were to consume a large amount of chocolate you’ll want to watch for the following symptoms that represent chocolate toxicity:

If you suspect your dog has consumed too much chocolate and you notice any of these symptoms, it’s crucial to call your veterinarian or an emergency pet clinic right away. The sooner they receive treatment, the more likely they’re able to recover fully back to normal.

But the best route is prevention, so keep that chocolate well out of reach this Halloween, not just for your dog’s safety, but we all regret that post-holiday chocolate binge, right?

Thank you! Your submission has been received!
Oops! Something went wrong while submitting the form.

Traveling with Your Dog This Summer? Here's How to Make it Stress-Free 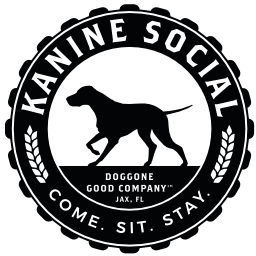